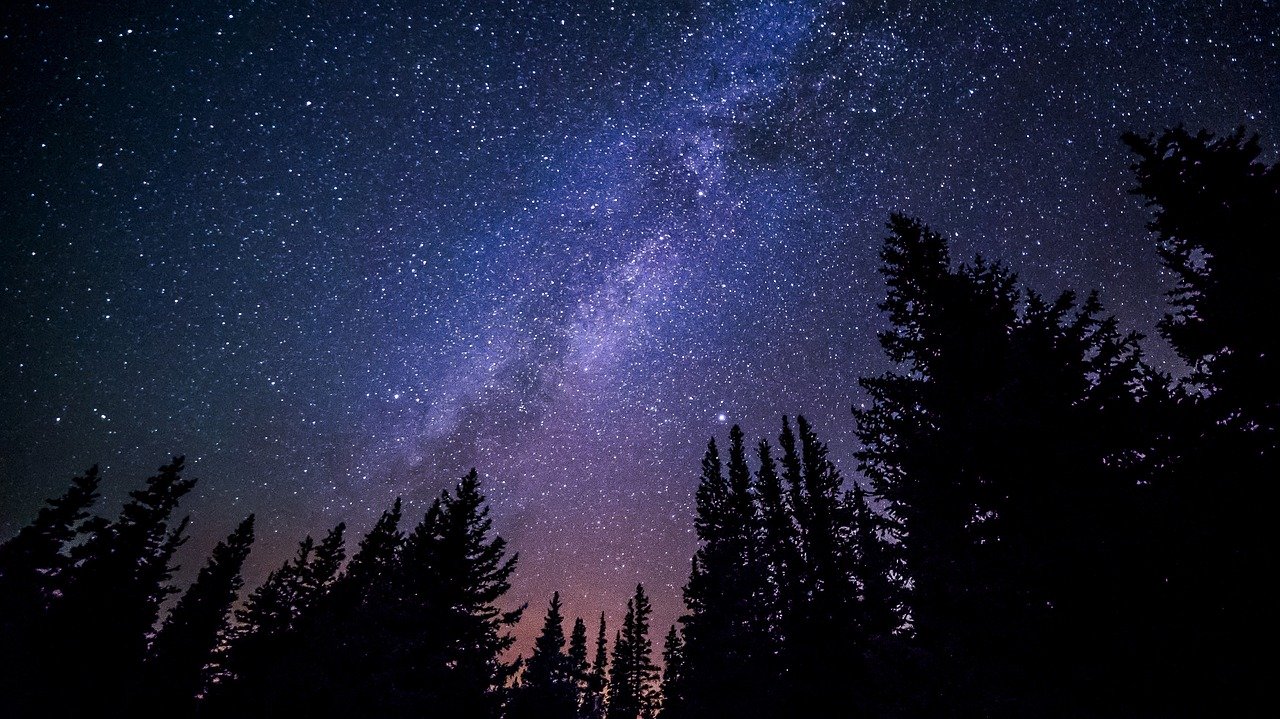 Allocating the Unearned Resources of the Universe

What would happen if all memory and record of ownership were to be lost? Billions of people wake up one morning and have no idea what belongs to them or anyone else. Imagine all public records, contracts, and other evidence of ownership were gone. How would we assign ownership? For the purpose of this discussion I am going to stipulate that no attempts to identify historical ownership would be possible. Everyone in the world collectively inherits the Earth at once.

This question isn't asked for purely hypothetical reasons, but because its answer contains a seed of truth that can help guide our thinking in designing and deploying solutions to improve the economic sustainability and fairness of our society. Large amounts of wealth has been acquired and centralized through immoral and fraudulent means. The very land that we live on was captured and recaptured through war after war. Governments have taxed the people and used the proceeds to purchase trillions of dollars worth of assets.

In effect, no one currently has a "clean title" to the assets in their possession. Everything we own is based solely on the "consensus" of society and much of this "consensus" was reached at gunpoint.

By asking the question about how to allocate resources fairly with a clean slate, we can begin to explore concepts that we might reject if our minds were clouded by our own subjective perception of history and theory of money.

No one has Earned Anything

The first fact that the people would have to address is that no one has any history by which they can claim to have "earned" anything. There is no basis for entitlement. All men, women, and children would have equal standing.

One option is to let everyone race to claim property. This would end up distributing all the earths resources to those who were most skilled at discovering the most valuable property before anyone else. It also would result in a large percent of the population being unable or unfit to participate. This approach would be highly preferred by a minority, but it would likely be rejected by the majority. The outcome is chaotic and likely violent. This process also does nothing to ensure that resources are allocated in an economically efficient manner (to people who can make the most of it).

Issue Shares and Auction Everything

Under this approach everyone on earth would be issued an equal amount of shares (aka money). All of the earths resources would be put up to auction. Who ever was willing to burn the most of their own shares would win the auction. The act of burning shares is economically equivalent to paying everyone else for the property. Under this approach assets get allocated to the individuals who value them the most. This in turn means they get allocated to the people who believe they can make the most profit off of their purchase.

If you change the accounting system from one where shares are burned, to one where the auction proceeds are redistributed to everyone else proportional to their shares; then, you create an economy with a fixed currency supply. People can buy, sell, and trade in this currency.

Assuming a free market and voluntary trade, the newly acquired resources would be put to productive use. Those who are effective at combining resources of lower value into resources of higher value will make a profit. Factories will start producing more products that are in demand. If you assume that business activities are profitable on-average, then the supply of goods will increase relative to the supply of money.

Those individuals who held on to their original share allocated at the start of the experiment would be able to purchase more and more stuff over time. They get this privilege because they refrained from consuming stuff at the start.

The purpose of this exercise was to remove the complexities introduced by state economists to cloud our judgement. We can simply look at what happens with a "fair" / "unbiased" distribution of all the worlds wealth. If you were to perform this experiment at two different points in time: 10,000 BC and 2016 AD and had to choose which time period to start in it is clear that you would prefer 2016.

In 2016 there are billions of additional people on the planet so each person would start out with less money (percentage terms). It would also be obvious that the money would purchase more valuable assets. Those who chose 10,000 BC may be able to buy millions of acres of land each, but the value of land you cannot tend is much less than the value of resources you can actually use.

Every Voluntary Exchange increases the value of Money

Every voluntary exchange increases the perceived value of assets held by both parties. This means that voluntary exchanges will necessarily move assets toward people who can use them most profitably. Over time this process increases total global wealth without ever taking value from anyone.

What if you are Born after money was Distributed?

Everything was perfectly fair for those who received an initial allocation at the start of the experiment, but what about those who are born later? Do they not have an equal claim on the earth's resources as those who were there "in the start"?

Once the game begins the distribution of wealth instantly becomes uneven as some people are more productive and others simply consume. Any change in "ownership" that is not voluntary could be perceived as theft.

There is a simple and straightforward way of resolving this issue. When the initial shares are distributed, enough shares are held in reserve to allocate to the future "unborn". By accounting for the unborn in advance there is no room to complain about theft; the unborn simply opted to "save" their shares until their turn on this planet. This would be economically identical to one of the initial people "holding out" on the auction process until a later point in time.

Spreading Allocation out over Time

What if the starting population was wise enough to put spending limits on the initial allocation of money. Each person would receive an equal share, but it would mature 1 day at a time? Under this model everyone is still allocated an equal portion of the wealth, except instead of using an instantaneous division of the worlds assets, people would "dollar-cost-average" their way into the average value of the world's assets over their lifetime.

Under this model no one would ever be able to "spend the last dollar of their inheritance". After all, we all "inherited" the world we live in without having to produce a thing.

If we were to enumerate everyone who will ever live and allocate them all one share per day they occupy the planet, then we will have a logically "fixed" currency supply that is fairly distributed over all generations. At any given point in time more or less of that supply may exist in "savings" which in turn will result in price fluctuations due to changes in the circulating supply.

What we can say about all of this is that humanity will have fairly allocated its inheritance among all. What we can also say is that all people would have a "basic income" equal to one share of their inheritance per day.

This exercise shows a moral explanation for how the earth's resources can be allocated without any bias toward existing claims and without any consideration for the merits of individuals. The earth can be viewed as a giant trust-fund which we all inherit upon our birth.

Some people may choose to be lazy. In 10,000 BC these individuals would take their 100 square miles of land and simply graze off the natural produce. Other individuals would convert their 100 square miles of land into a productive farm. Both are living within their right and reaping the natural benefit of their inheritance. The lazy individual may opt to trade some of their land for surplus food of the farmer. This is their right and they are not a "burden" on society.

Under this model, everyone can be guaranteed their share of inheritance, but what they cannot be guaranteed is the purchasing power of that inheritance. In 10,000 BC no system could offer a "basic income" equal to 2016 standards. Once we accept this reality there is no longer any need to "debate" how much basic income should be. All basic income is denominated in shares of the earth pre-allocated to all people of all time. The purchasing power of those shares can be set by the free market's instantaneous supply and demand.

« Why Every Blockchain Needs a Constitution

What would a legitimate Universal Basic Income buy? » 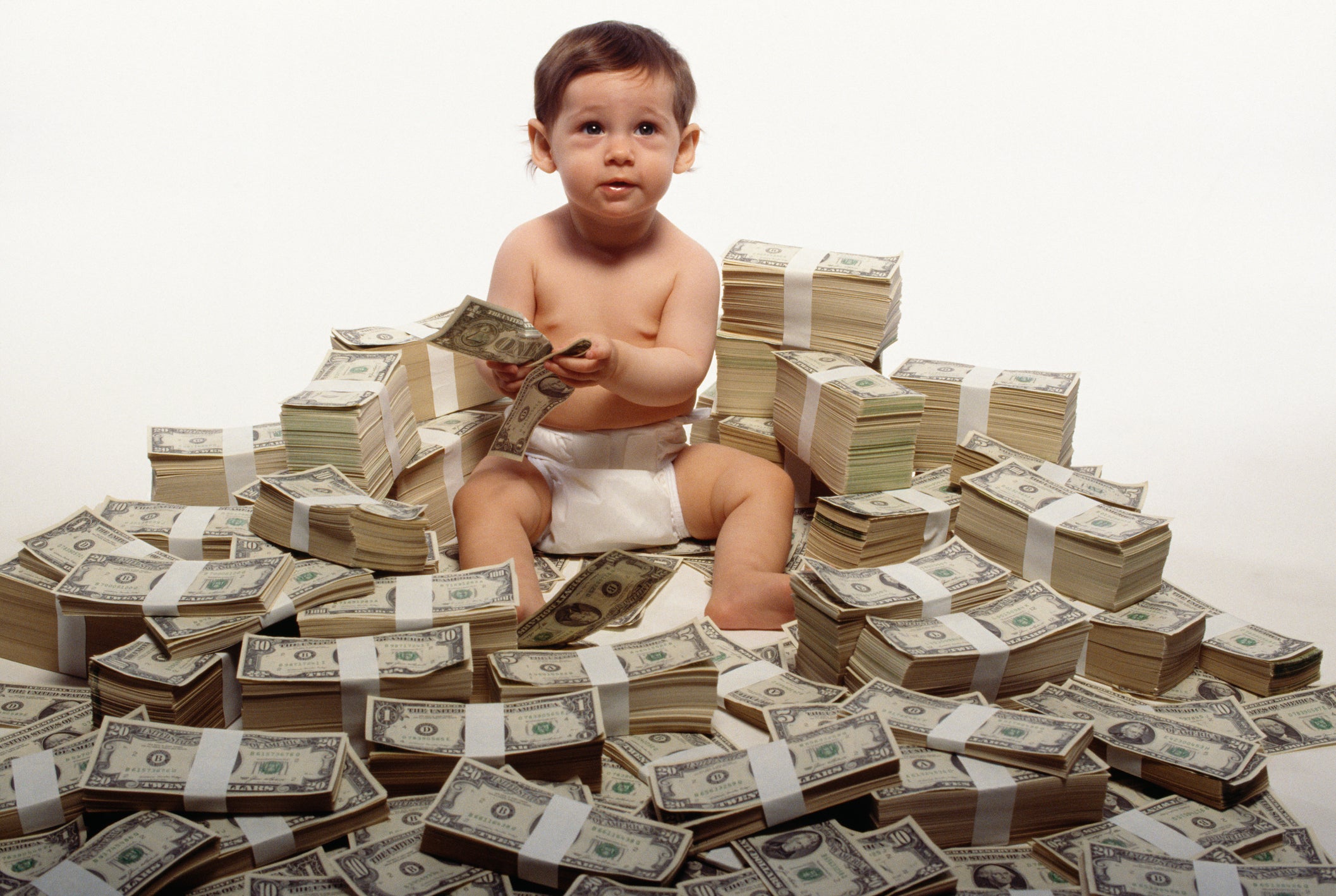 What would a legitimate Universal Basic Income buy?

An estimate of the value of a sustainable and morally justifyable Universal Basic Income.